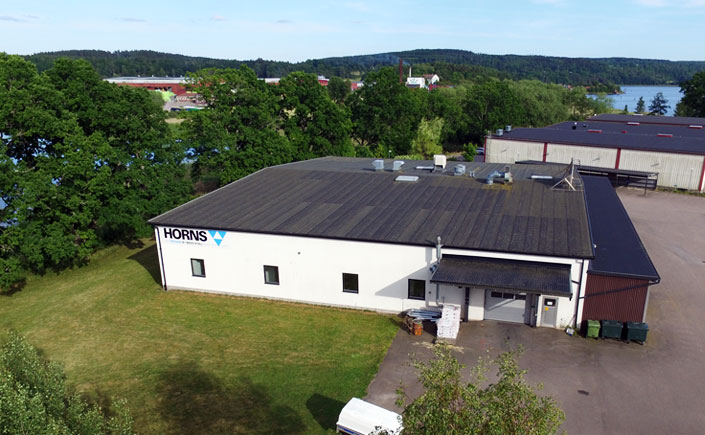 Precision to the finest degree

Horns Industriservice AB was founded by Tommy Andersson in 1984 in Hult’s old brickworks in Hycklinge. After more than twenty years as tool makers and designers (amongst other things), Tommy wanted to do what was needed to establish himself as an independent tool supplier to the manufacturing industry.

The idea was to develop production equipment for die casting. It turned out to be a good idea and the company grew steadily during the early years. Investments were then made in the early 90s in CAD-CAM equipment and new facilities.
This focus on technology produced results, and the company increased both its sales and in numbers of employees. In 2003, Tommy’s son Johan Andersson began working for the company and took over as CEO in 2006. In 2014, a strategic growth plan began to take place with investments in new facilities, increased capacity by way of new machinery and personnel, full production management and the employment of a production planner. We continue to evolve and are putting our efforts into new markets and new challenges.

We can proudly lay claim to currently being Sweden’s leading supplier within our niche of the market, and are pleased to offer our services to companies in need of advanced technical solutions.